Treasures of the Snow

Living on the coast of Maine, we get to experience all four seasons.  Winter is one of my favorite seasons to get my camera out and photograph God's beautiful creation.  When the snow is fresh and untouched, it’s like millions of tiny diamonds firing light in every direction, almost like they are alive.  I love the stillness that the snow brings, a quiet calm.

Wilson A. Bentley (1865-1931) was from a small town in Vermont,  He was given a microscope at the age of 15, and became fascinated with snowflakes.  He attracted world attention with his work in photographing snowflakes, or snow crystals as they are also called.  By attaching a camera to his microscope, he perfected a process of catching flakes on black velvet in such a way that their images could be captured before they melted.   In 1885 he became the first person to photograph a single snow crystal

He captured more than 5000 snowflakes during his lifetime, not finding any two alike.  Aren't they fascinating?

"Under the microscope, I found that snowflakes were miracles of beauty; and it seemed a shame that this beauty should not be seen and appreciated by others. Every crystal was a masterpiece of design and no one design was ever repeated.  ~ Wilson "Snowflake" Bentley 1925 ~

With the more modern equipment of today, here is a more detailed photograph of a snowflake.


WOWZA!  Isn't it beautiful?   Bentley called them, a masterpiece of design, and no one design was ever repeated.

Truly, God's handiwork is evident here.  God speaks about the "treasures of the snow" to Job.

Try using a magnifying glass and investigating a snowflake, or other piece of nature that God has given you.  You may be surprised by what you find.

Here's a link to many photos of snowflakes: snowcrystals.com/photos

Free WORDart from Karen at Papercraft Memories was used in the photography at the top of this post.
Posted by Little Birdie Blessings at 9:41 PM 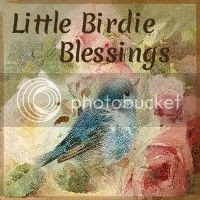